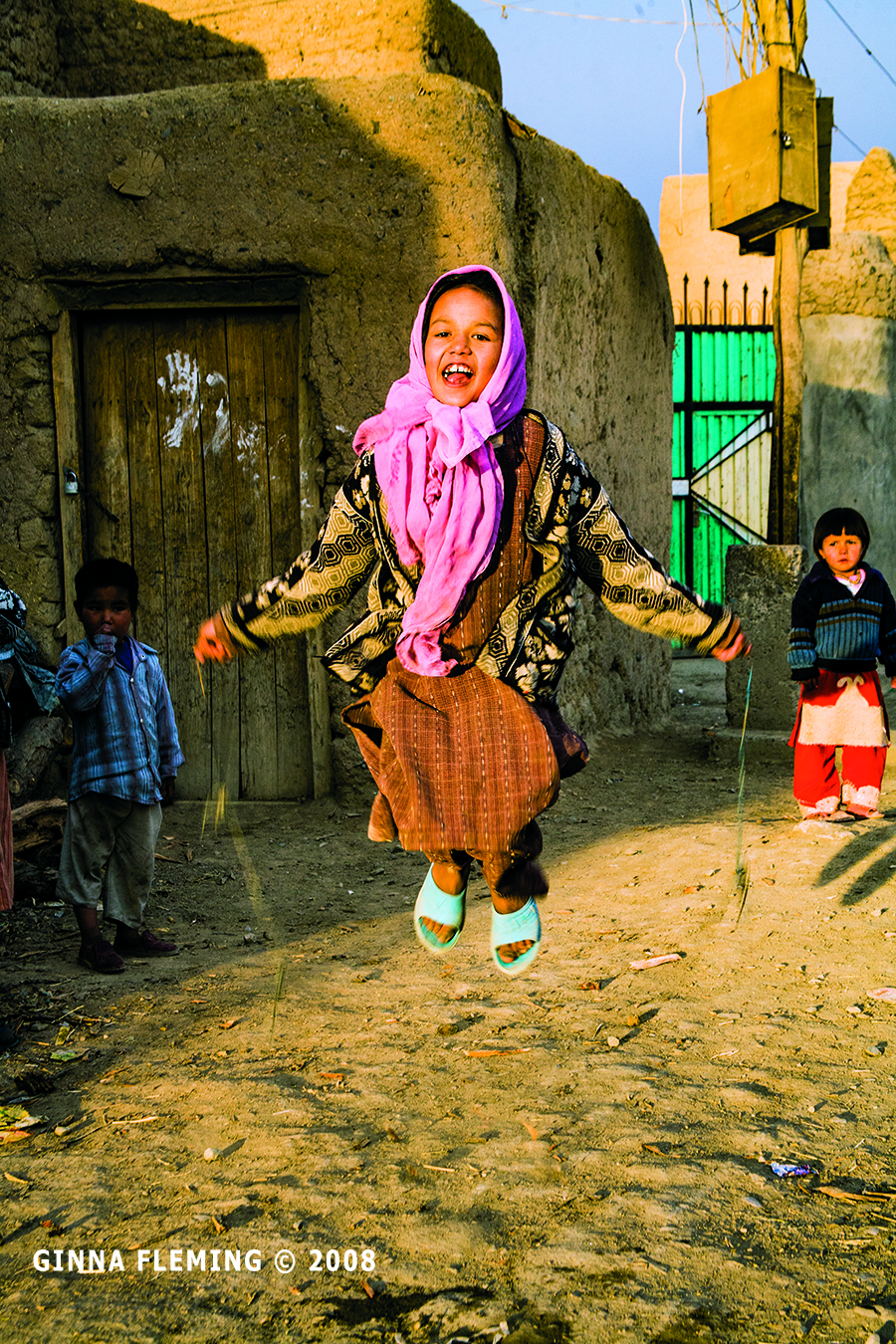 At more than 8,000 feet in the Hindu Kush mountains sits the small town of Bamiyan, home of the colossal 6th-century statues of the Buddha carved into a cliff—and destroyed in 2001 by the Taliban. An important East-West trade link along the Silk Road for centuries, Bamiyan retains important art and archeological remains. Most of its people, like this girl jumping rope outside her home, are Hazara, a minority ethnic group long persecuted and denied basic rights and opportunity in Afghanistan. Local nonprofit organizations seeking a brighter future for the Hazara support education for girls, orphanages, basic health care, and economic development. 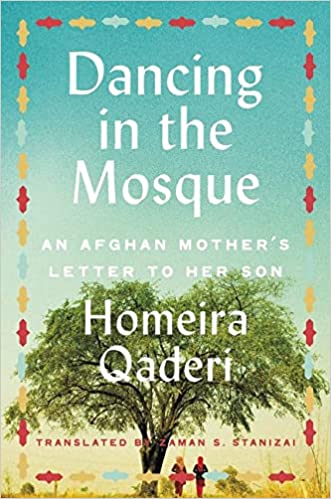 Dancing in the Mosque: An Afghan Woman’s Letter to Her Son
By Homeira Qaderi, translated from the Persian by Zaman Stanizai

Summary:
An accomplished author, professor, and government advisor, Qaderi writes the story of her life, addressing it to her beloved son, who as a toddler was taken from her when she divorced. Her dearest hope is that he will come to know her more fully by understanding their country’s tumultuous history—Soviet occupation, Taliban rule, American invasion—which indelibly marked her childhood and early adulthood. As a teenager—and, surprisingly, with the blessing of her parents--she defied Taliban orders by holding clandestine classes for children deprived of formal schooling. A passionate storyteller even as a small child, she was determined to become a published writer—a goal encouraged by her proud father—and succeeded. Chafing at the strictures of traditional Afghan society, she fought for her education and independence and now fights for the rights of Afghanistan’s women and girls.

“Dancing in the Mosque is heartbreaking, but it’s also alive with curiosity and subversive joy.”  (The New York Times) 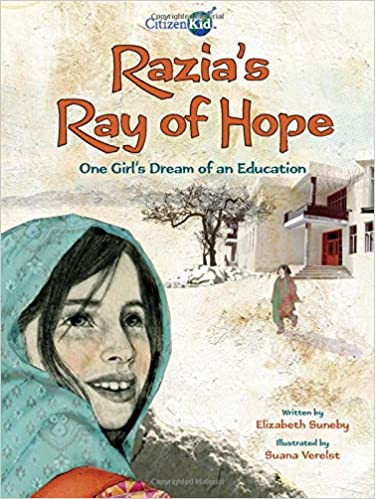 Razia’s Ray of Hope: One Girl’s Dream of an Education
By Elizabeth Suneby, illustrated by Suana Verelst

Summary:
Razia, a girl in Afghanistan, wants to attend a school for girls being built in their Afghan village. Razia knows, however, that she will need permission from her father and her oldest brother, Aziz, in order to be allowed to attend.

Summary: Three Afghan women from different social background, living in Kabul, are facing a big challenge in their lives. Hava, a traditional pregnant woman whom no one cares about, is living with her father and mother in law. Her only joy is talking to the baby in her belly. Maryam, an educated TV news reporter, is about to get a divorce from her unfaithful husband, but finds out she is pregnant. Ayesha, an 18-year old girl accepts to marry her cousin because she is pregnant from her boyfriend who disappears after hearing the news. Each of them has to solve her problem by herself for the first time.

Yaron Pe’er is a musician and artist, poet and calligrapher, specializing in ancient instruments, composing of biblical texts, aside to original poetry.