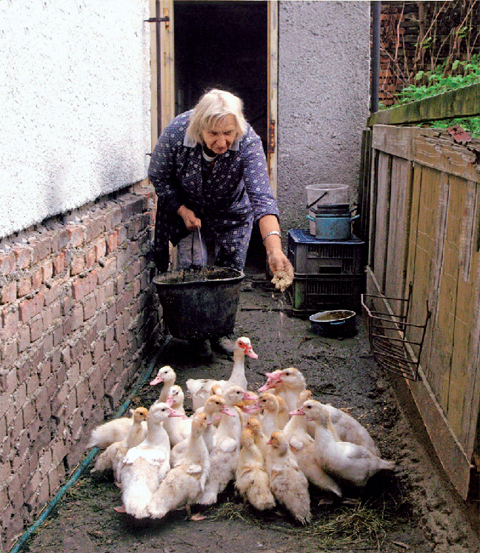 The ‘Czech Republic’ brings to mind the urban, architectural splendors of Prague, the folk-inspired compositions of Dvorak, the emboldened reforms of the Velvet Revolution. A leisurely trip through the rolling green hills of the Czech countryside, however, reveals yet another aspect of this picturesque land — its farming communities where one might come upon a farmer feeding her ducks much as her forebears have done for centuries. It is, though, a way of life in decline as farm prices make it hard to make ends meet and young people, feeling the pull of bright city lights, leave the land behind.
Photo © 2008 Harlen Persinger

Book Description
In this memoir, published in 2004, poet and playwright Dominika Dery tells of her life growing up in a village near Prague in the 1970s, as the daughter of dissidents in the wake of the 1968 "Prague Spring".