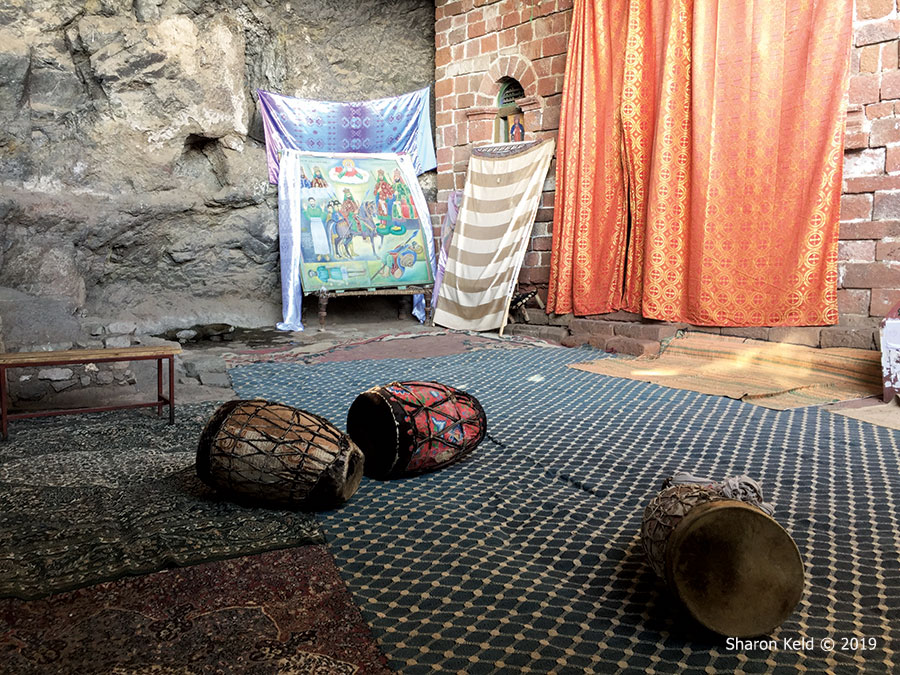 Lalibela is a UNESCO World Heritage Site and an important pilgrimage destination for Ethiopian Orthodox Christians. Eleven rock-hewn churches were built in the 13th century by King Lalibela, who sought to recreate Jerusalem in his kingdom. The nearby monastery of Na’akuto La’ab was built in a cave by Lalibela’s successor, and the water that drips from the cave’s roof is believed to be holy. Traditional Ethiopian churches include three rooms—an outer room, which anyone can visit, often has painted decorations and the drums played by the priests as they chant the service. The middle room is for worshippers only, while the innermost room holds the holiest artifacts and is reserved for priests only. 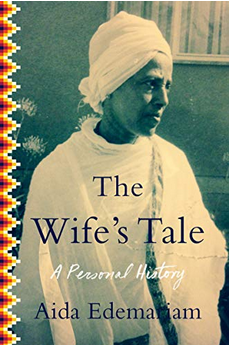 The Wife’s Tale: A Personal History
By Aida Edemariam

Winner of the Ondaatje Prize, the Royal Society of Literature’s annual award to a work that best evokes “the spirit of a place” (2018).

Summary:
Spanning almost one hundred years, the life of the author’s grandmother intersects with many of the most momentous events of 20th -century Ethiopian history. After a timeless-feeling childhood in Gondar, marked above all by tradition, festivals, and rituals (including marriage at the age of eight to a politically engaged priest-poet), she becomes a courageous and determined wife and mother, a widow, and a powerful storyteller while living through the Italian invasion and occupation, the restoration and eventual end of the Ethiopian Empire under Haile Selassie, revolution, and civil war.

“What brings this narrative flaring to life[...] is [...] its imagination and novelistic tone; Edemariam’s prose climbs inside Yetemegnu’s memories to inhabit them and bring her solidly, vividly, to life.” (The Guardian) 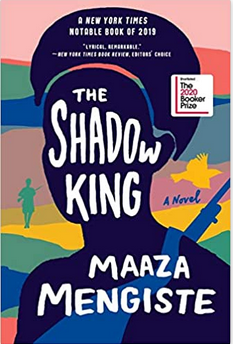 The Shadow King: A Novel
By Maaza Mengiste

Summary:
Amid domestic tensions in the household of a tyrannical master and mercurial mistress, an orphaned servant-girl quietly contrives private acts of revolt, eventually gaining the strength of character and courage to join the Ethiopian resistance to Mussolini’s invasion and occupation (1935-36), first as a field nurse, then as a woman warrior inspiring others to take up arms, and finally surviving as a prisoner of war.

“[T]he reader feels [...] in the steady hands of a master. ... [A]ll this grandeur, all this grace, is in the service of a tale of a woman, Hirut, as indelible and compelling a hero as any I’ve read in years. This novel made me feel pity and fear, and more times than is reasonable, gave me goose bumps.” (Namwali Serpell, author of The Old Drift, in The New York Tines Book Review, October 13, 2019)

“A memorable portrait of a people at war—a war that has long demanded recounting from an Ethiopian point of view.” (Kirkus)

“The importance of memory — of those that came before us, and of things we'd rather forget — is at the heart of The Shadow King, [...] a sprawling, unforgettable epic from an immensely talented author who's unafraid to take risks. [...] The star of the novel [...] is Mengiste's gorgeous writing, which makes 'The Shadow King' nearly impossible to put down.” (Michael Schaub, NPR) 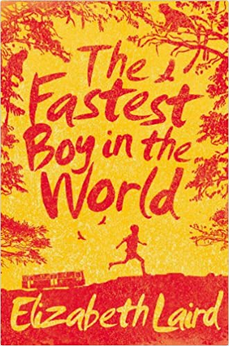 The Fastest Boy In the World
By Elizabeth Laird

Summary:
Solomon, growing up in a small village in Ethiopia, dreams of becoming a world known runner. He can hardly believe it when his grandfather plans to take him to the capital on the same day the national running team will be there. Events in the city result in Solomon being confronted with a personal challenge.

REVIEWS:
An excellent introduction to Ethiopian culture as well as a wonderfully written exploration of a boy’s love of country and sport. —School Library Journal

What a delightful gem this book is. Expert touches allow the reader to imagine the Ethiopian setting with ease. . . . Gentle and powerful, this book is a classic tale which younger readers will enjoy and which could be used as an excellent class reader. —Armadillo

As with anything [Elizabeth] sets in Ethiopia, a country clearly dear to her heart, this short novel draws the reader into its setting. She is a superb writer, a masterly storyteller. —Scotsman

READER COMMENTS:
“This is a beautifully written book from Elizabeth Laird. Don't be fooled into thinking that the easy-to-understand style means that the book doesn't have depth. This book is suitable for readers from Year 5 upwards. It tells the story of Solomon, an 11 year old Ethiopian boy, who has a passion for running and wants to make the Olympic team one day. His grandfather asks him to walk with him on a journey to the capital Addis Ababa, and whilst there Solomon finds out things about his beloved grandfather that he never knew, and about the history of his country as well. His grandfather falls ill, and Solomon has the opportunity to test his speed—can he run a marathon and outrun the bus home? A compelling and multi-layered read—I loved it.”

“A short novel that manages to incorporate running, the Olympics, Ethiopian history, poverty, and a family mystery in less than 200 pages. Which at times means it feels a little rushed, but I still felt it was an exciting story for the age group that isn't too difficult a read for even 7–8 year old new readers.” 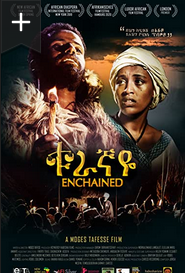 Summary:
Ethiopia, 1916: Gobeze is a timid, peace-loving, young man of 25; a brilliant student who dedicates his whole life to "Sem Ina Werq" (which are riddles with dual meaning). He is caught in bed with Aleme by Gonite, her husband and a wealthy old landlord. Following the old Ethiopian tradition, both men's clothes are bound together and the rivals set off on a long journey to the royal court to stand trial.

REVIEWS:
“This magical morality play is the impressive feature debut of Moges Tafessa who makes the best of a shoestring budget to create a fabulous fable of love, justice and poetry set in 1916.”

... magic realism at its best. Combining breath-taking landscapes with superb performances piqued by humour and irony, Tasser takes the audience by storm in a tense and moving ethnological drama suffused with passion, jealousy and bitter anger of the traditional Ethiopian establishment. — Meredith Taylor