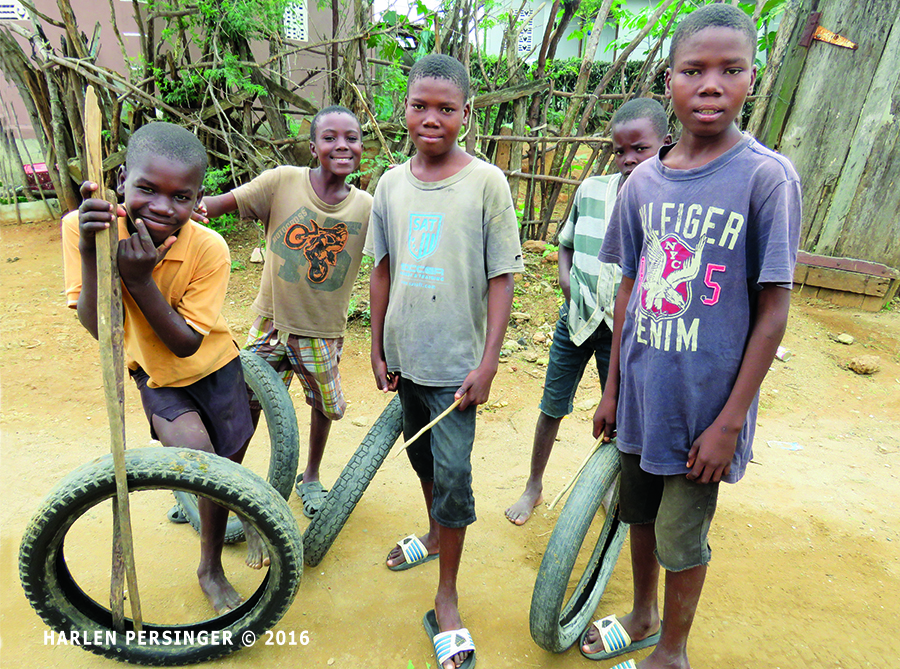 Elementary education in Haiti is compulsory for children aged six to eleven, but due to a severe shortage of public schools and staff, many children do not attend school for long. With limited funds for organized recreational activities or playground equipment, the youth in small hamlets like Phaeton are adept at turning a hodge-podge of discarded items into games involving skill and friendly competition. This creative spirit helps kids learn teamwork, cooperation, confidence, and social skills—all while having fun. 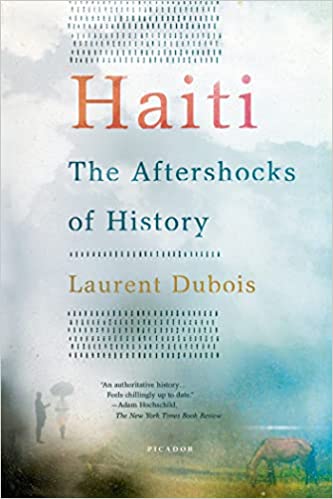 Haiti: The Aftershocks of History
By Laurent Dubois

Summary:
Maligned and misunderstood, Haiti has long been blamed for its own wretchedness. Unfairly so. As the author, a historian who has written extensively on the Haitian revolution, demonstrates, Haiti's troubles owe more to a legacy of international punishment for the original sin of staging the only successful slave revolt in the world. He vividly depicts the isolation and impoverishment that followed the 1804 rebellion: the crushing indemnities imposed by the former French rulers, which initiated a cycle of debt; the multiple interventions and twenty years of occupation by the U.S. armed forces; and the internal divisions and political chaos that are the inevitable consequences of centuries of subversion. At the same time, he also explores Haiti's overlooked successes, showing how its revolution inspired a resilient culture insistent on autonomy and equality. Revealing what lies behind the familiar shorthand description of Haiti as "the poorest nation in the western hemisphere," Laurent also points to the foundations on which Haiti might strive to build a more just, democratic, and hopeful future.

“Readers will welcome further work by this major historian of this ‘small country but big nation.’ Summing Up: Essential.” (Choice, July 1, 2012) 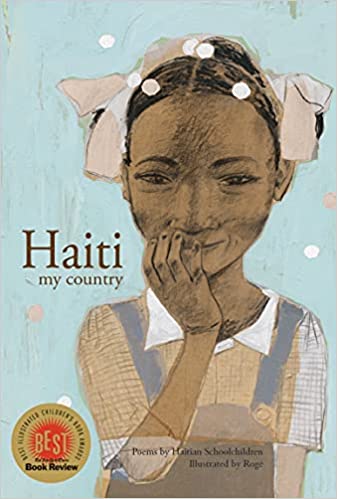 Haiti My Country
Poetry by Haitian schoolchildren, illustrated by Rogé

Summary:
A collection of poems written by Haitian school children, illustrated with portraits of the children. First published in French.

Thus Spoke the Sea from Haitian director Arnold Antonin has been described as a “very poetic documentary” about the director’s homeland and the ongoing “love story” between Haitians and the sea."

Synopsis
The Haitian Sea as you have never seen or heard it. In this documentary, the Sea tells its story with the Haitian people. Wave after wave, the Sea caresses its riches, unveils its mysteries, and raises a cry of alarm. From the over-exploitation of its resources to the effects of climate change and pollution, the Sea tells you its adventures while immersing you in its different shades of blue. It exposes with frankness and candor the challenges to be taken up and the opportunities to be seized before it is too late. Voodoo priestesses, fishermen, merchants, artists, entrepreneurs, urban planners, historians, biologists, climate experts, all of them children of Haiti, come to be one with their Sea which also gives them a voice in its story. This film is an invitation to travel. An invitation to discovery but also to awareness: Haiti's horizon will be coastal or will not be.

Rutshelle Guillaume is a young Haitian singer who started her career by taking part in projects involving BIC, Barikad Crew or Fantom. She has pursued her musical studies thanks to trainings with Emeline Michel, Stevenson Théodore and James Germain, and joined the Vwa Lye project in 2013. In 2014, Rutshelle started a solo career and her first single ‘Kite’m Krye’ was released. Since then, she has become very active, both at the local and international levels. She was nominated for a Haitian Music Award for Top Female Singer.