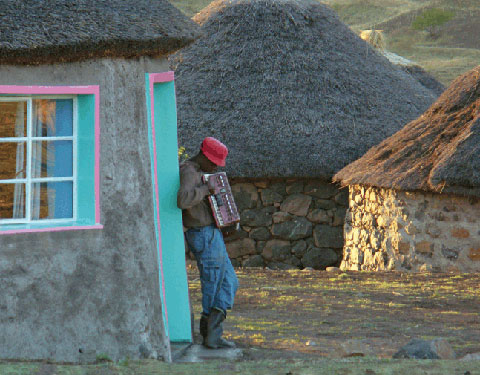 In the rugged mountain kingdom of Lesotho, growing maize and raising sheep sustain the 200 people of Bobete, a small, rural village. The ground is rocky, dry and steep. Farming is a challenge. In winter, as the sun goes down, temperatures can plummet well below freezing. Village houses or rondavels are built of stone block and mud, and the thatched roofs are tightly woven to hold in warmth.
As the sun sets, a villager, just returned from his fields, warms up on his accordion with a traditional, lively Basotho song.
Karrin Parker © 2008
Peace Corps Volunteer
Lesotho 2008-2010 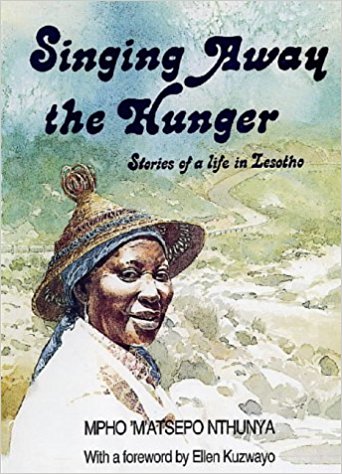 Book Description
A gripping memoir of youth in Basutoland, schooling in South Africa, coping with racism and 30 years as domestic servant. 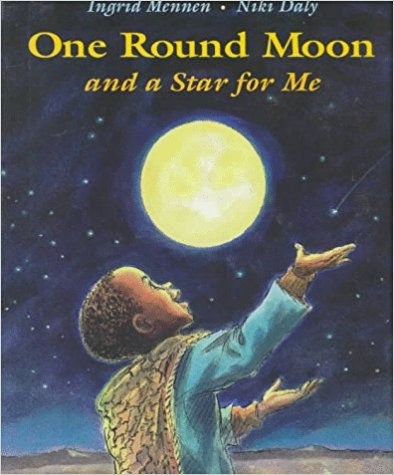 One Round Moon and a Star for Me
by Ingrid Mennen