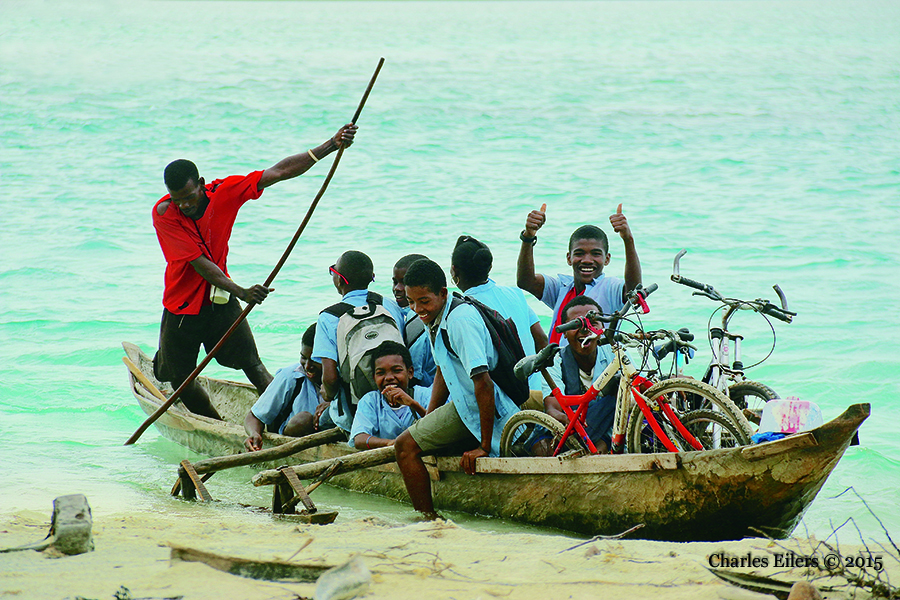 Nosy Baraha, or Île Sainte-Marie, is a long narrow tropical island in the Indian Ocean off the east coast of Madagascar. The island has a single paved road running its length. Like other Malagasy stchoolchildren, students on Sainte-Marie wear uniforms and ride their bicycles to school. However, those who live on the the tiny islet of Nattes, off the south end of Sainte-Marie, are ferried every day by pirogue across the narrow channel at road’s end. For these students heading home from school, it’s a fun blend of the old and new.
Charles Eilers © 2015
PCV Nigeria and Ethiopia 1966–1969
Teacher Training

Beyond the Rice Fields
By Naivo, translated by Allison M. Charette 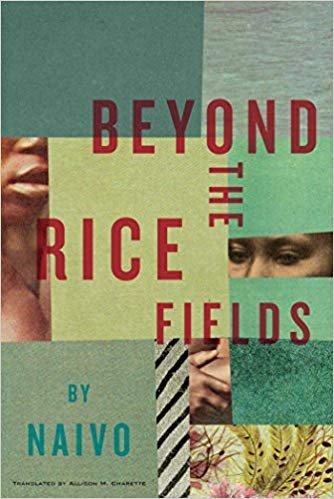 Summary:
The first novel from Madagascar ever to be translated into English, Naivo’s magisterial Beyond the Rice Fields delves into the upheavals of the nation’s past as it confronted Christianity and modernity, through the twin narratives of a slave and his master’s daughter.
Fara and her father’s slave, Tsito, have been close since her father bought the boy after his forest village was destroyed. Now in Sahasoa, amongst the cattle and rice fields, everything is new for Tsito, and Fara at last has a companion. But as Tsito looks forward to the bright promise of freedom and Fara, backward to a dark, long-denied family history, a rift opens between them just as British Christian missionaries and French industrialists arrive and violence erupts across the country. Love and innocence fall away, and Tsito and Fara’s world becomes enveloped by tyranny, superstition, and fear.
With captivating lyricism, propulsive urgency, and two unforgettable characters at the story’s core, Naivo unflinchingly delves into the brutal history of nineteenth-century Madagascar. Beyond the Rice Fields is a tour de force that has much to teach us about human bondage and the stories we tell to face—and hide from—ourselves, each other, our pasts, and our destinies.

Editorial Reviews
“His lyrical chronicle traces the lives of Tsito, a young slave whose community is destroyed by Merina soldiers, his new master Rado, and Rado’s young daughter Fara…. Naivo gives dramatic intensity to the time of the Imerina monarchs, beginning in 1785 with the reign of Nampiona, a reformer king who declared, “the seas are the limits of my rice fields,” and ending in 1849, when the persecution of Christians and sympathizers reaches its peak under Queen Mavo. Translated from the French by Allison M Charette, this is a fascinating window into Malagasy history.”

“The best historical fiction shines light on past horrors through the eyes of everyday people who have to find their way forward no matter how tortuous the path. Naivo’s debut, the first novel from Madagascar to be translated into English, does just that….the narrative arc, complete with lush descriptions of the rice fields of Sahasoa and the capital, Antananarivo, or the “City of Thousands,” is precise and effective. In all, Naivo has created a sharp and memorable tale of young lives caught in the crossfire of seismic events, and a significant novel that deservedly shines light on a little-known chapter of world history.”

“With quiet surety, the novel pairs an elegantly poetic narrative with an intensifying brutality of events as Madagascar finds itself beset by internal strife, French industrialism, and the zealous efforts of Christian missionaries. … Rich with historical and cultural detail, Beyond the Rice Fields demonstrates with omniscient sadness mankind’s ability to commit horrific acts in the name of tradition, or for whoever holds power at the moment.”

“A love story and coming-of-age-tale set in one of the most tumultuous periods in Madagascar’s history, the publication of this book is an exciting moment for world literature—this is the first ever novel from the nation to appear in English! Naivo’s gift for storytelling is evident in Allison M. Charette’s graceful translation. Beyond the Rice Fields is a breathtaking monsoon of a book.”

“Naivo’s novel … pairs a sweeping, tragic love story with the 19th-century history of his island, when it teetered “on the verge of catastrophe.” … Naivo’s encyclopedic attempt to capture Madagascar’s history is admirable ... the novel’s characters [are] fully realized in the novel’s thrilling conclusion. … Naivo provides readers with an astonishing amount of information about Madagascar’s culture and past.”

Readers' Comments
This story is so original and that, in and of itself, is very refreshing. I found the two narratives of Fara and Tsito compelling and their perspectives unusual and innovative. They struggle through life's obstacles but I felt the storytelling about their lives was new and pushed my expectations and experiences beyond what I have read in other books. I was truly invigorated by this author and how he crafted this book.
There is intrigue and a few mysteries that are confronted and uncovered. But wow— with an intricate plotting and many "new" elements or new approaches to story elements, this book took me to a different time and a different place. I was engrossed by these characters and what they went though. This read was so immersive.
This book is touted as the first from Madagascar to be translated into English from the original French; the author is a Madagascar native and writes in French. I believe Naivo is an ethnocultural and linguistic native to Madagascar and thus provides an insider's touch. And because he writes in French (and English), he has already helped bridge some of the linguistic gaps.

Took me awhile to finish this but I blazed through the last hundred pages. The action really picks up at the end after building these characters and really setting the scene of early and mid 1800's Madagascar as the country first embraced, then rejected, Europeans and Christianity. I learned a lot about a country I wasn't as familiar with and I came to care about Fara and Tsito and their family. Brutal but beautiful. 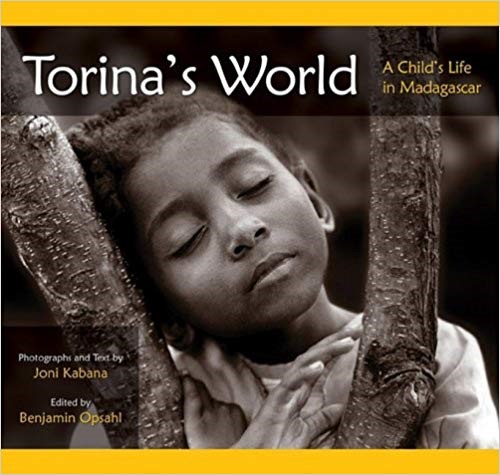 Torina’s World: A Child’s Life in Madagascar
By Joni Kabana (text and photography)

This book documents daily life in a Malagasy village of Madagascar. It is divided into three sections: We Live!, We Grow!, and We Feel! 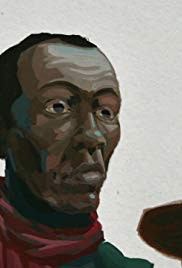 Summary: Famadihana is an ancient Malagasy custom that means "the turning of the dead." A symbol of the importance of the worship of ancestors, and a chance to move the remains of ancestors from their first tomb to their final resting place, it is an occasion for festivities, dance and the sacrifice of zebus. The movie is filmed like the travel journey of a Western traveler in search of these customs. The pages turn, the drawings come to life, and the luxuriant landscapes of Madagascar appear one after another. The celebrations may commence.
In January 2011, Madagascar, a Journey Diary was nominated for an Oscar for Best Animated Short. It was selected at Sundance and Dawn Breakers International Film Festival in 2009.

Live at the Skirball Center in Los Angeles D’Gary