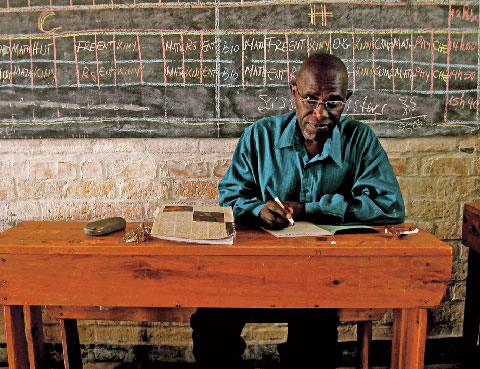 Papa Gidion is a genuinely kind and light-hearted teacher at the École Secondaire de Kagogo in the green hills of northern Rwanda. Here, though, he appears quite serious as he sits in the teachers’ lounge planning his chemistry lessons. Behind Gidion is an enormous hand-written time table, the schedule of classes for each day of the week.
Photo © 2009 Nicole Gaunt
Peace Corps Volunteer, Rwanda 2009-2010 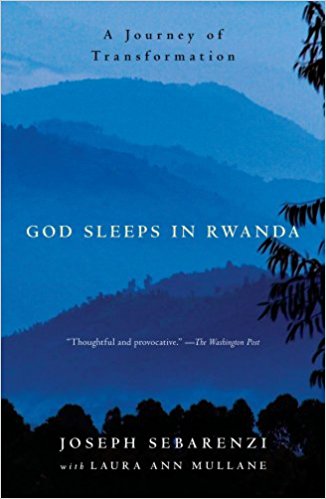 God Sleeps in Rwanda, A Journey of Transformation
by J. Sebarenzi, 2009

Book Description
Memoir of politician/diplomat, describes the horror of 1990’s massacres and how he turned bitterness and hatred to forgiveness and compassion. 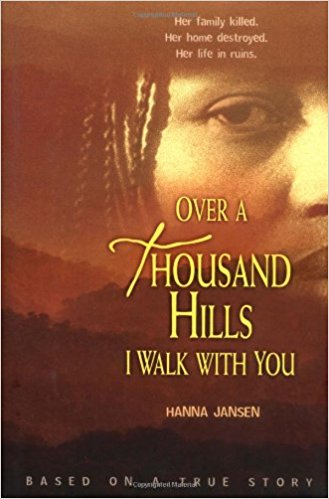 Over a Thousand Hills I Walk with You
by Hanna Jansen

Documentary: WE ARE ALL RWANDANS
Director: Debs Gardner-Paterson (2008)

Isombe/Cassava Leaves with Eggplant and Spinach