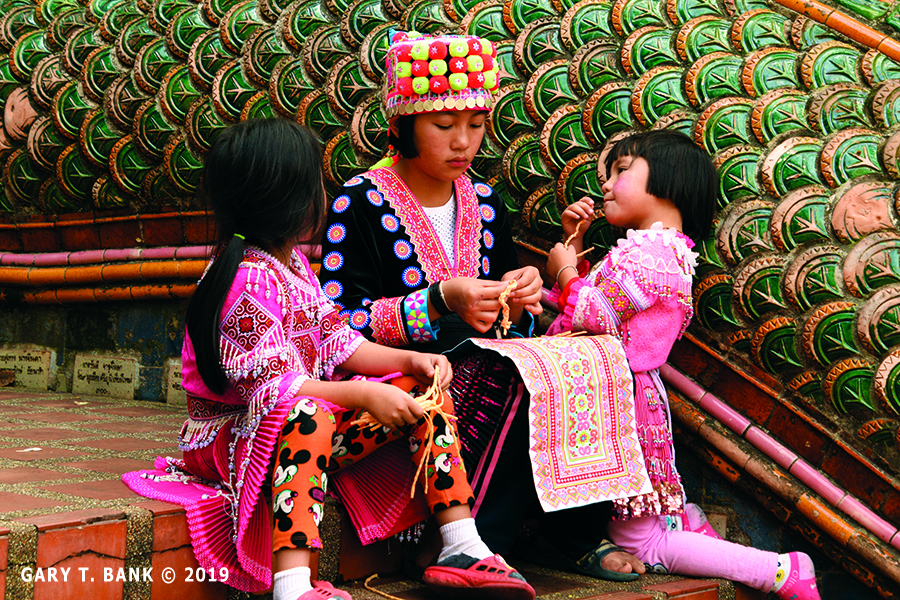 The Naga serpentine stairway to Wat Phra That Doi Suthep, near Chang Mai in northern Thailand, is renowned for its intricate beauty, and the temple at the top attracts visitors all year round. Among those there to celebrate the arrival of the western new year, three local girls—dressed in traditional Hmong finery—pause part-way up the staircase, absorbed in a game. The Hmong are one the hill tribes of the Thai highlands, and many Hmong now live in and around Chang Mai.

Languages Thai (official), Burmese, Malay, other; English is a secondary language of the elite 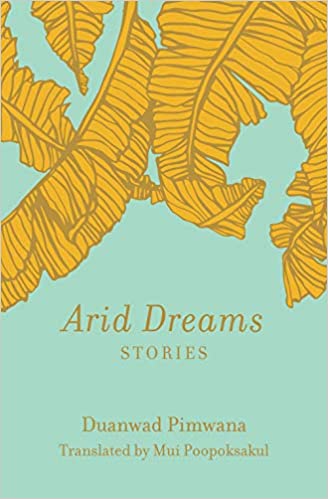 Summary:
Thirteen short stories, originally published in Thai between 1995 and 2014, show villagers, prostitutes, and everyday urban workers coming to terms with the incompatibility between their aspirations and dreams and their drudgery-filled lives. According to the publisher, “With curious wit, this collection offers revelatory insight and subtle critique, exploring class, gender, and disenchantment in a changing country.”

A social realist exploration from Thailand's preeminent contemporary woman writer: “each of her stories poses its own moral challenge, pleasurable and unsettling at once.” (NPR.org) 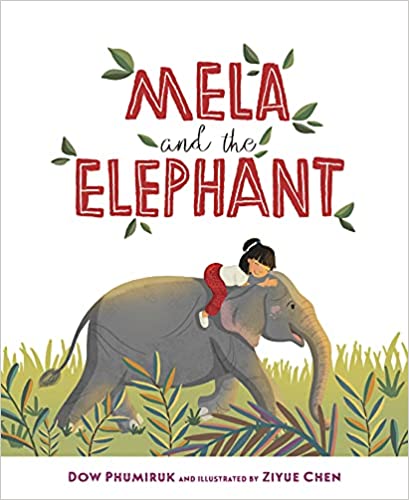 Summary:
A fable told about Mela, who finds herself lost in the jungle. Animals she meets along take the rewards she offers to help her, but they don’t do their part; except for the elephant she finally meets.

Summary: Two sound recordists let their imaginations loose to find satisfying sounds for a film project. But will their voices ever be acknowledged?

IMDB user review: It may be hard to appreciate this film for its true splendour, specially for those who always expect direct narrative cinema in every film they watch. But bear with it, the effort pays up. This is a film about filmmaking, but more precisely, this is a masterclass on cinema itself. It has long been known in the artistic world that observation is permeated with ideology, and that the form of any artistic object is in itself a manifestation of the creator's ideology. Somehow, most of cinema's audiences seem to have missed this, and experience cinema as an objective representation of the world. This film is a funny, intelligent, and nuanced reminder that there is no such thing as 'objective representation'. Form is content, never forget. Nowadays, when the audiovisual image is king among all, this film is as relevant as it gets. Man, this film should be mandatory in every highschool around the globe. It is worldwide available on Vimeo.

A piphat is a kind of ensemble in the classical music of Thailand, which features wind and percussion instruments. ... It is considered the primary form of ensemble for the interpretation of the most sacred and “high-class” compositions of the Thai classical repertoire, including the Buddhist invocation entitled sathukan as well as the suites called phleng rueang. It is also used to accompany traditional Thai theatrical and dance forms, including khon (masked dance-drama), lakhon (classical dance), and shadow puppet theater.