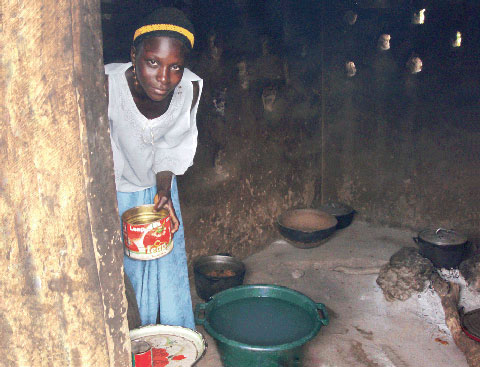 In the forested region of Kiang in The Gambia, Musukayba prepares the family meal of rice and ground­nut stew. To do so, she must collect fire­wood for fuel, go to the market, pound grains and spices, pull water from the well, build the fire, cook over a three stone fireplace, and wash the dishes. It’s a long, long day.
The Gambia encompasses approximately ten kilometers north and south of “The Gambia River.” The long, narrow shape of this tiny country is the result of 17th century British colonial rule. The story goes that the English, with their powerful navy, could control only as far as their ships’ cannons could fire as they sailed up the river. The Gambia gained independence in 1965, becoming the smallest country on the African continent.
Photo © 2008 Steven Snyderman
Peace Corps Volunteer, The Gambia 2008-2010

Republic of the Gambia
Western Africa 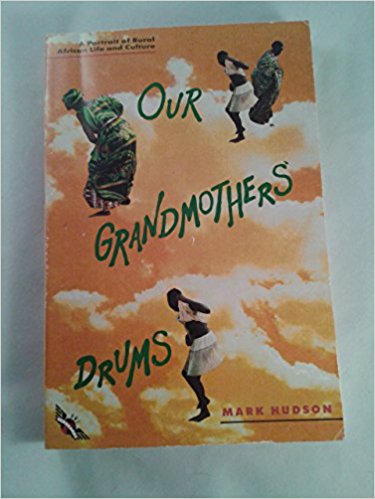 Our Grandmothers’ Drums
by Mark Hudson, 1991

Book Description
British journalist/critic describes his involvement in local life and rituals during 14 months spent in the Gambian village of Keneba. 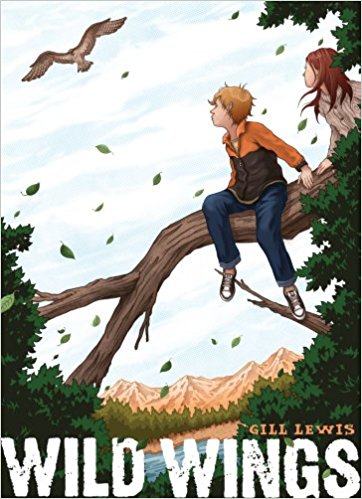