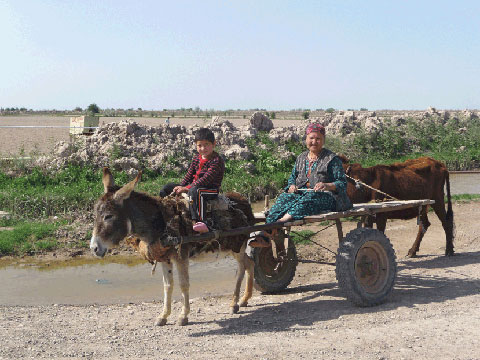 In a small village in eastern Turkmenistan, six-year-old Ay`jan nervously smiles as she rides her family’s donkey for the first time. With the guidance of her grand­mother she is taking her favorite cow, Gyzyl, out to the field to graze.
Turkmenistan was once an important stop on the Silk Road. This historically nomadic country is made up of five tribes and family ties are still very important. Elaborate marble buildings and palaces are scattered across the capital city, and yet many Turkmens still use the simple means of transportation of a cart and donkey.
Photo © 2011 Summer Leeper
Peace Corps Volunteer, Turkmenistan 2008-2010 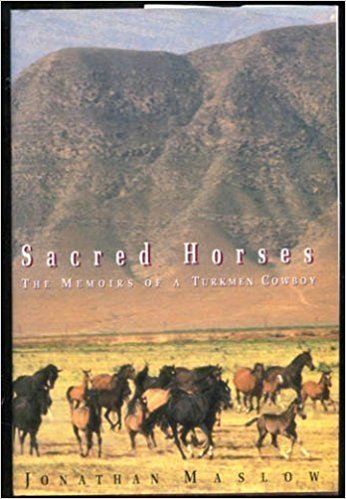 Sacred Horses, The Memoirs of a Turkmen Cowboy
by Jonathan Maslow, 1994

Book Description
Natu­ralist/filmmaker, Maslow, profiles the dedication of owners/breeders and their struggles to preserve the fabled, once endangered Akhal-Teke horses. 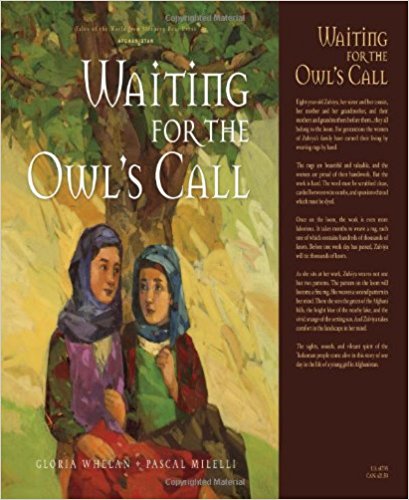 Waiting for the Owl’s Call
by Gloria Whelan