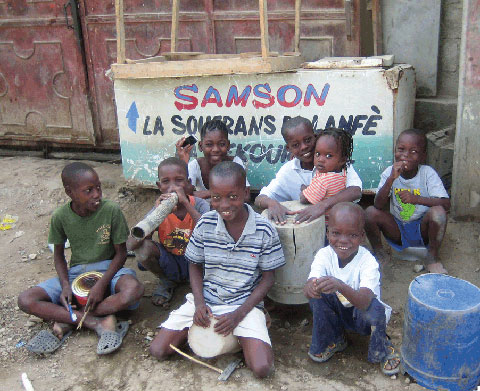 Each year in Haiti in the weeks before Lent, Carnival or Kanaval is a joyous celebration of culture and music. It is the biggest celebration in Haiti and one of the largest in the Caribbean, involving dances and colorful parades that wind through the busy streets day and night. In a country often embroiled in political upheaval, Kanaval songs expose the social and political pulse of the country, and at times have even predicted the fate of governments.
On a dusty street filled with pedestrians, live­stock, and motorcycles, these young Haitians have formed their own band using whatever they could find as instruments. Their laughter and music fill the morning air, their drumbeats reflecting Haiti’s vibrant pulse.
Photo © 2009 Jennifer Singler
Peace Corps Volunteer
Botswana 1995-1997 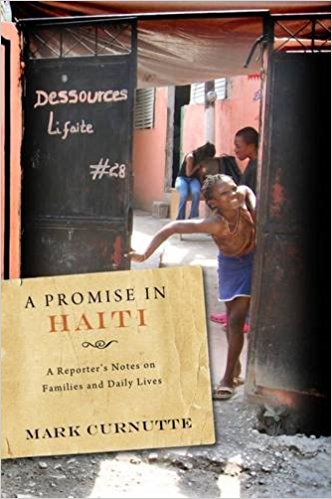 A Promise in Haiti
by Mark Curnutte, 2011

Book Description
A reporter chronicles the devastating poverty and havoc of earthquakes and hurricanes, and his involvement in people’s struggles and triumphs. 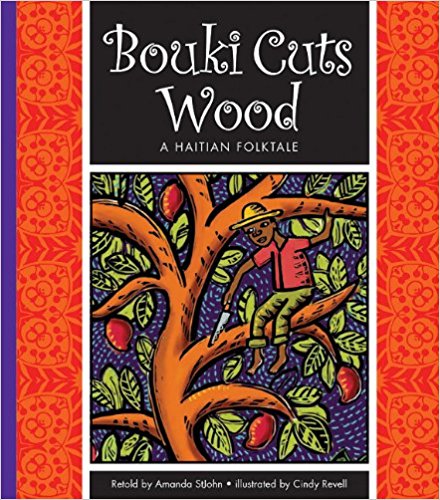 Film: Does the President have AIDS?
Director: Arnold Antonin (2007)