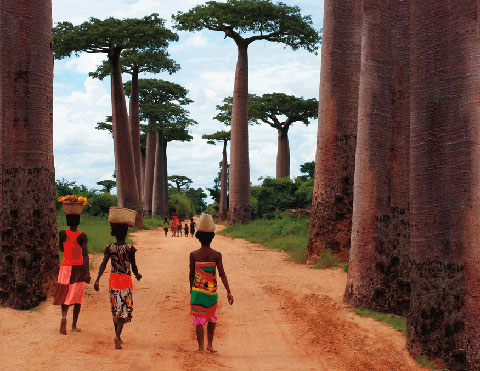 According to Malagasy legend, the first baobab sprouted beside a small lake. As it grew, it noted the colorful flowers, large leaves, and slender trunks of the trees around it. One day the wind died away, leaving the water as smooth as a mirror. When the baobab saw its reflection, it was shocked to realize its own flowers were dull, its leaves were tiny, and its trunk grossly fat.
The baobab complained to the creator, who responded by yanking the ingrate from the ground and replanting it upside down so that it could not see its reflection or complain. Since then, it has worked in silence, paying off its ancient transgression by providing fruit, medicinal leaves, and shelter for those who live nearby.
Photo © 2011 Amber Davis Collins
Peace Corps Volunteer, Honduras 2002-2004 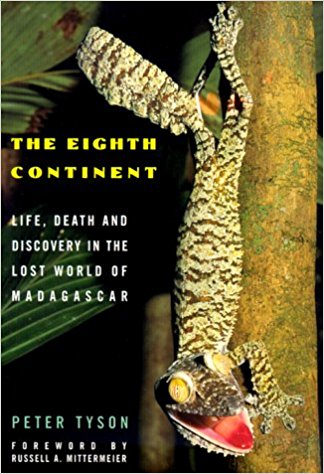 The Eighth Continent, Life, Death, and Discovery in the Lost World of Madagascar
by Peter Tyson, 2000

Book Description
A rare view into one of the most diverse and fascinating places on earth. 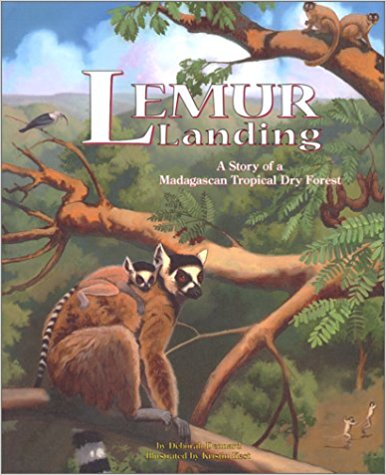