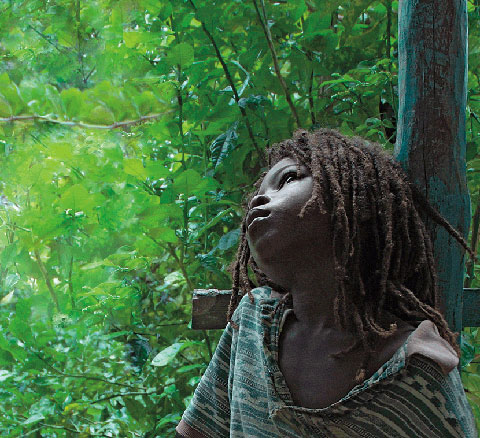 Trelawny Parish in northwest Jamaica is known for its laidback atmosphere and as the birthplace of Usain Bolt, the fastest man on earth. The parish is also known for its many sinkholes and limestone caves, including the Windsor and Carambi Caves known for their beauty and phosphate deposits. Several caves have carvings made by the Taino people many centuries ago.
This young Trelawny boy has just finished eating a mango and gazes peacefully at the tropical sky.
Photo © 2004 Jim Ingraham
Peace Corps Volunteer, Jamaica 2004-2005 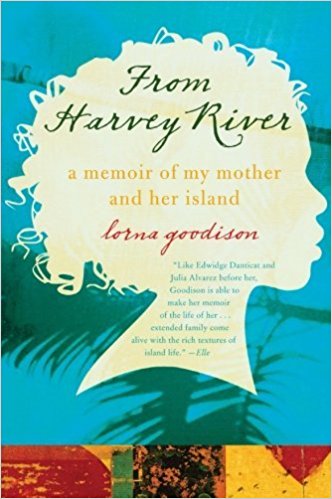 From Harvey River, A Memoir of My Mother and Her Island
by Lorna Goodison, 2007

Book Description
Poet & daughter of a prominent Jamaican family contrasts her idyllic child­hood with the “hard life” in Kingston after her marriage. 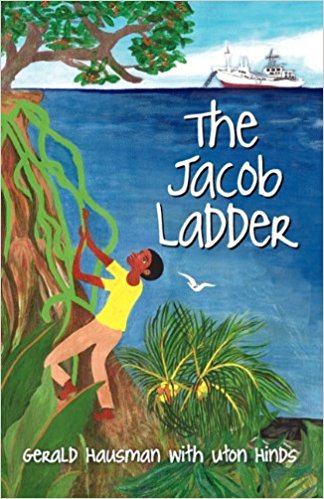